North South University (NSU) is the first private university in Bangladesh. The University was established in 1992 by a group of philanthropists, industrialists, bureaucrats and academics with a view to providing international standard higher education and developing skillful human resources. North South University is the only Bangladeshi university having all faculty members with foreign Master's or PhD degrees mainly from USA, UK, Australia, Canada and Japan. The permanent campus of NSU is located at Bashundhara, Dhaka which laid there since 2003.

At present, NSU is offering graduate & undergraduate programs in more than 29 subjects. Moreover, North South University is going to be adding news programs including Ph.D. in its subject list.

North South University's first convocation was held on 18 December, 1996 and the last or 16th Convocation (till 2013) was held on 18 June, 2013. After all, NSU is persistently working to hold its name, fame and title as the topmost center of excellence in higher education and research in the country. 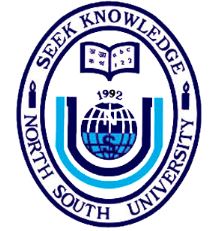 Popular IT Institutes & Companies of Bangladesh